Blog | A Tale of Two Bellas 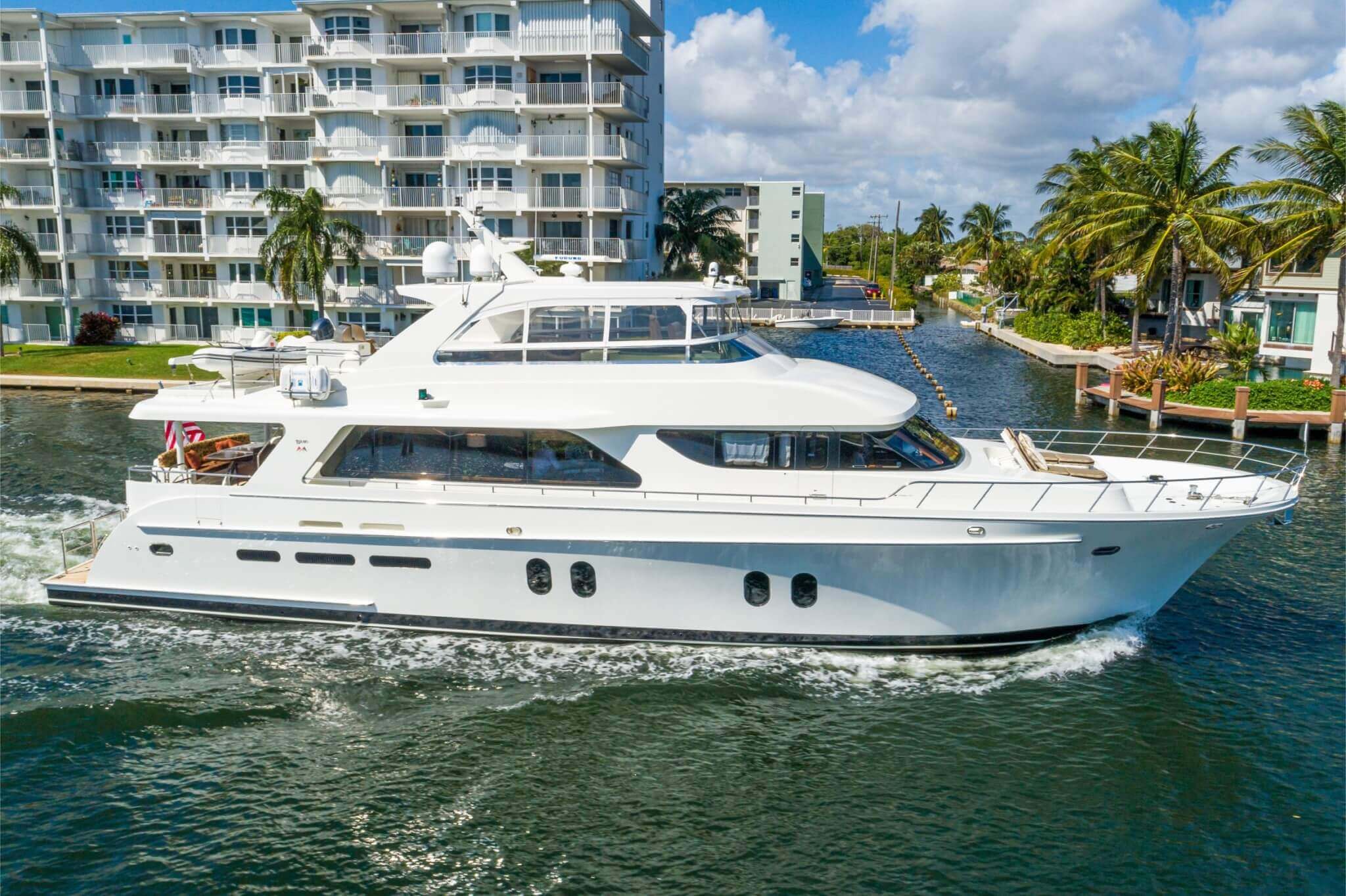 A Tale of Two Bellas

At first glance, our latest listing, “Bella Sophia“, 2008 80′ Cheoy Lee, has very little in common with Bella, the 2017 Tiara 44 Coupe that we listed a few months ago – they have similar names, but that’s about it. However, when you step back and take a 30,000-foot view, it becomes obvious that these two wildly different yachts should – and must – be mentioned in the same sentence. The common denominator that these two vessels share is that they are both extraordinary yachts, with each bringing to the table a couple of HUGELY important features that simply must be considered when searching for a yacht for sale.

Two Features that Separate “Bella Sophia” from the Competition

Let’s start with “Bella Sophia”, the Cheoy Lee 80 that just hit the market a couple of weeks ago at $2.399 million. She’s not simply the ONLY Bravo Series Cheoy Lee with three full-beam master staterooms, but she also boasts the largest flybridge in her class. Think about that. With three over-the-top staterooms, none of your guests will ever have to “slum it” on board (and yes, we’re using that term very much tongue-in-cheek, for no one ever slums it on a full-fledged motor yacht – except perhaps if you’re the guest who’s stuck with the Murphy bed).

When you and all of your guests are enjoying cocktail hour on the flybridge, you will all, quite literally, be on the largest possible flybridge for an 80-footer. Not only that, but the flybridge itself is fully-loaded with all of the accouterments you’ll need to relax & entertain anyone who’s worthy of such treatment. We’re talking about items like a built-in hardtop, wet bar, and BBQ grill. Of course, there’s also a TON of seating. Would you expect anything less?

But it’s not like Bella Sophia’s current owner just acquired the yacht and then forgot about it. No, not at all, the exact opposite occurred. In fact, from mid-2018 to mid-2019, there was a flurry of critical updates, involving a new Maretron Vessel Monitoring System, batteries, pumps, galley appliances, and sensors. Bella Sophia had a ton of “bells & whistles” before these updates, so you can only imagine what she’s working with now. But why just imagine, when you can read all about it in this Cheoy Lee’s listing? You can find that here: https://bit.ly/34Jmb3o

Okay, So What’s So Special About Bella?

We’re thrilled you asked. The first thing to know is that, with a recently-reduced price tag of $675,000, she’s the BEST-PRICED 2017 Tiara 44 Coupe for sale in the Milky Way Galaxy. That’s quite a headline. She also has an extended warranty on her hull & twin Volvo Penta IPS 600 engines, and too many options to mention (though we’d be remiss if we didn’t at least tell you that those options include advanced LED lighting throughout the yacht as well as a hydraulic swim platform). Okay fine, she also has a powered sunroof. But that’s it! You’ve got to check out her listing here if you’d like to find out more: https://bit.ly/2NSa4Kz

After Bella’s recent price cut, she’s been getting even more attention than she was before. No surprise there. But what’s definitely “juicing” that activity, for lack of a better word, is her way-too-convenient Marina Bay location. As you’re hopefully aware, Marina Bay is located in the heart of Fort Lauderdale, right off of I95 and State Road 84. As an aside, our home base of Marina Bay is a flat-out terrific place to keep a yacht that’s for sale – after all, our dock has large numbers of brokers & buyers on it every day of the week. Talk about exposure!

To Wrap This Up…

You might have started reading today’s article with a touch of skepticism. After all, how could it possibly be that “Bella” and “Bella Sophia” really have anything in common (other than being well-maintained yachts from high-quality builders)? Hopefully, after hearing us out, you’ve realized that these two vessels share the trait of being truly special and worthy of attention from buyers globally. These boats don’t just have a name in common, they have greatness in common – and that is all too rare.