Blog | Electricity in the Air: Ferrari Turns Up the Horsepower with Hybrid Tech 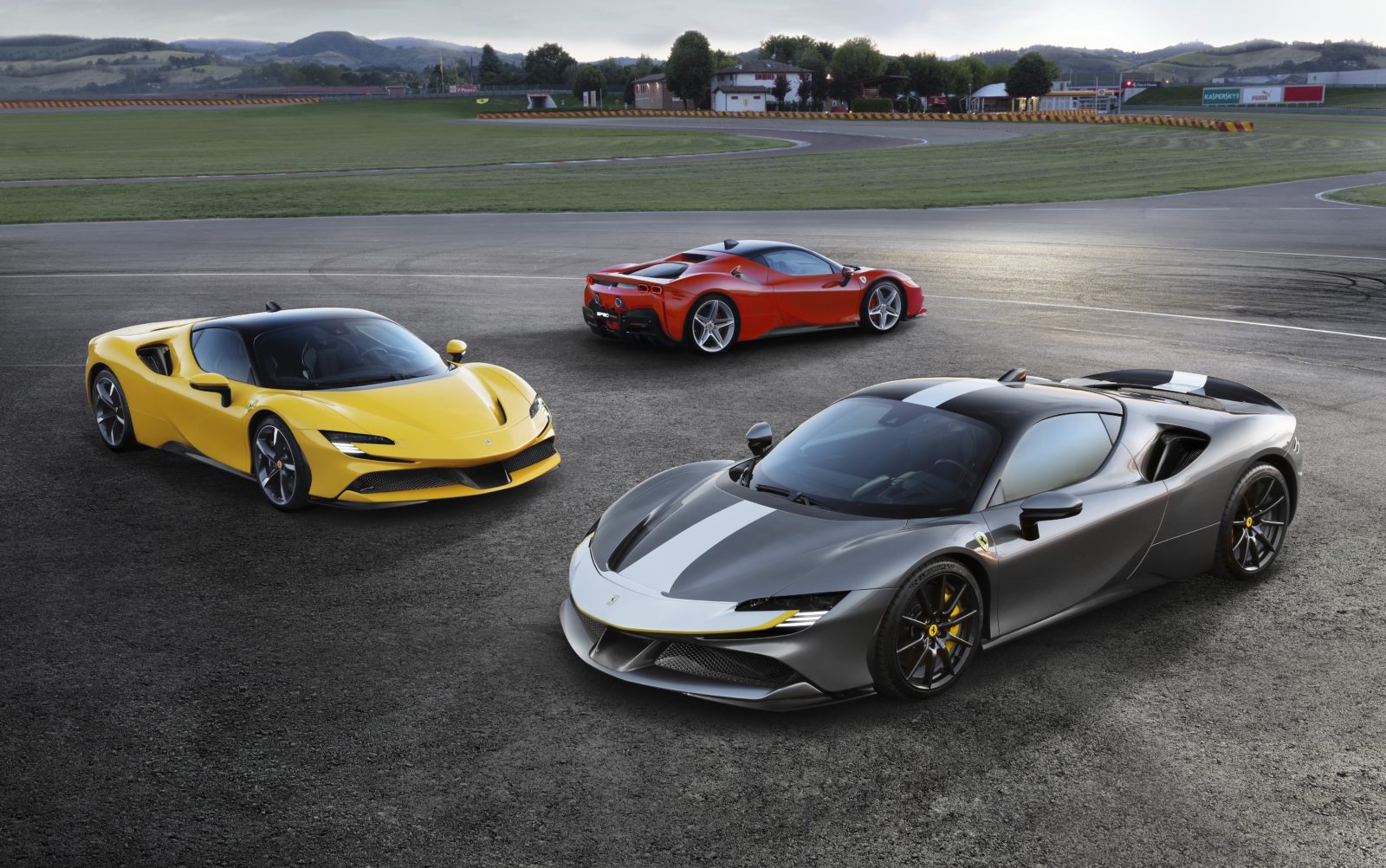 Electricity in the Air: Ferrari Turns Up the Horsepower with Hybrid Tech

Is there a 200+ MPH electric supercar or hypercar in your future? For those seeking ultimate speed, the answer will be, “Yes … eventually.” Before electrons take over completely, however, expect to see more hyper hybrids. Used in mainstream cars and crossovers to boost fuel economy, hybrid technology can act like a jet fighter’s afterburner when it’s combined with a supercar’s internal combustion engine.

Ferrari, McLaren, and Porsche have already taken this road with recent flagship cars, and we’re now seeing the technology trickling down to their mid-range models. McLaren unveiled the Artura hybrid in early 2021, and in June, Ferrari announced its 296 GTB, expected to start around $300,000 when it arrives in 2022. This mid-engine hybrid combines the output of a new twin-turbo V-6 with a single electric motor, for a combined output of 818 horsepower.

From Track to Road 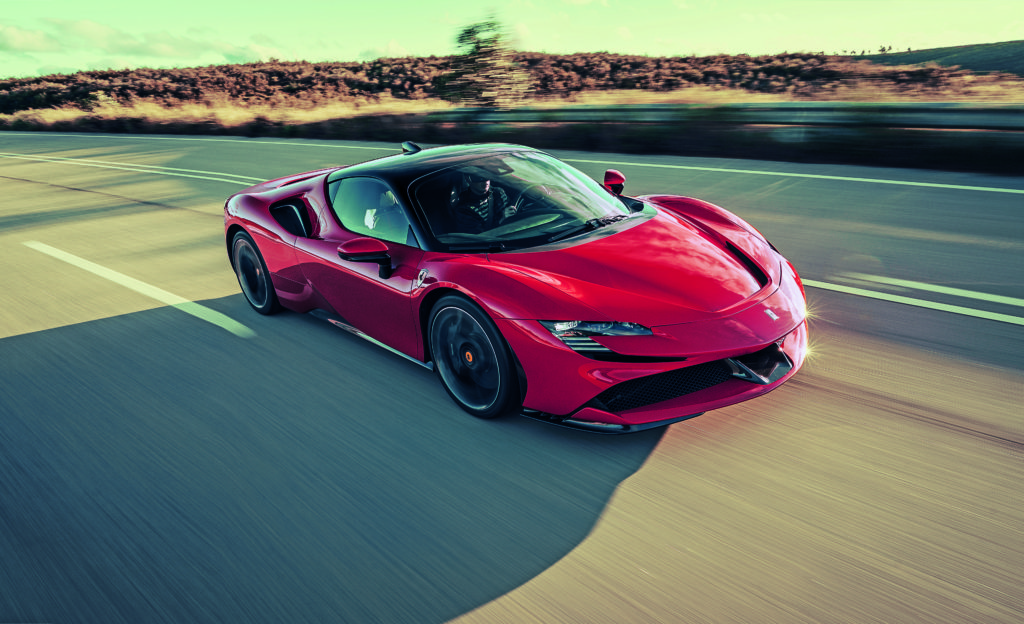 Ferrari has a long history of adapting race technology to road cars, and that includes hybrid powertrains. From Formula One racing came an adaptation of the Kinetic Energy Recovery System (KERS), called HY-KERS, for La Ferrari, the hypercar which now brings double its original $1.4 million starting price or more at auctions. Built from 2014-2016, and then as the Aperta roadster for two years after that, La Ferrari paired a rip-roaring 789-hp, 6.3-liter naturally aspirated V-12 engine with a 161-hp electric motor. HY-KERS could charge the hybrid battery when coasting or braking. La Ferrari was mighty fast, running the quarter-mile dash in an astounding 9.8 seconds at 150 mph and able to reach 218 mph. 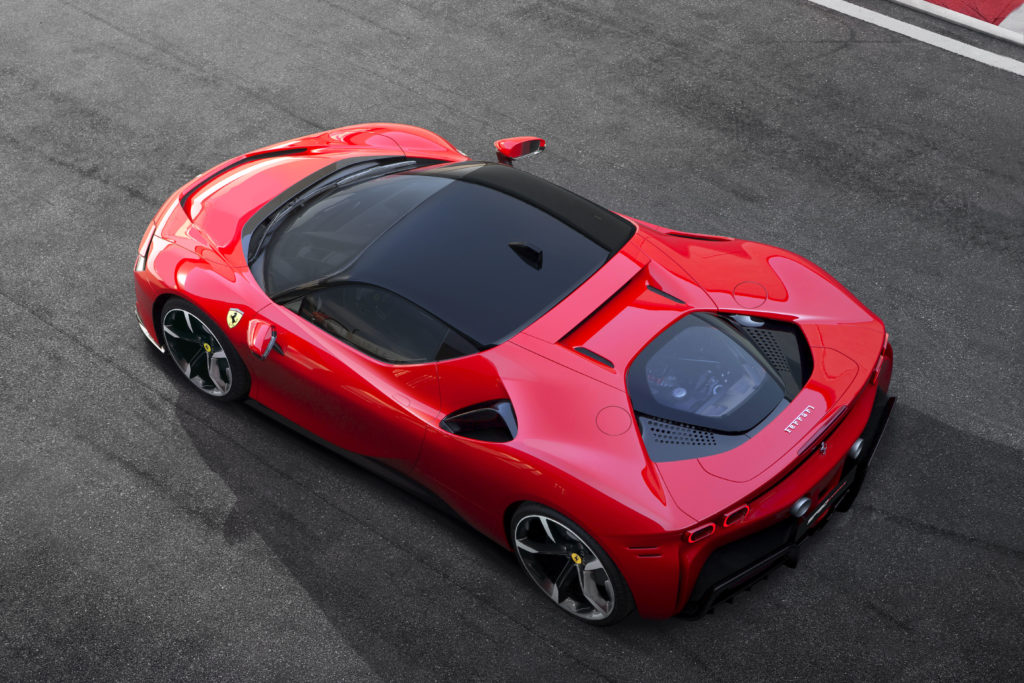 Named to honor 90 years of the Scuderia Ferrari race team that even pre-dates the carmaker, the SF90 Stradale uses a different hybrid system than La Ferrari. Its gas engine is a twin-turbo 4.0-liter V-8 that makes 769 hp, and instead of one electric motor, there are three. One is teamed with the transmission in this mid-engine car, and two power the front wheels.

In the driver-selectable “Qualifying” drive mode, full power from the electric motors adds another 217 hp into the mix, for 986 total hp. That makes the SF90 Stradale Ferrari’s most powerful road car ever – for now. An eight-speed dual-clutch automatic transmission (DCT) controls power flow from the rear.

Set in “Hybrid” mode, the SF90 Stradale recharges its lithium-ion hybrid battery pack as you drive, recapturing kinetic energy from the still-rotating wheels when the car is coasting or braking. In the “EV” model on a full battery, the car can drive about 15 miles and reach 84 mph. 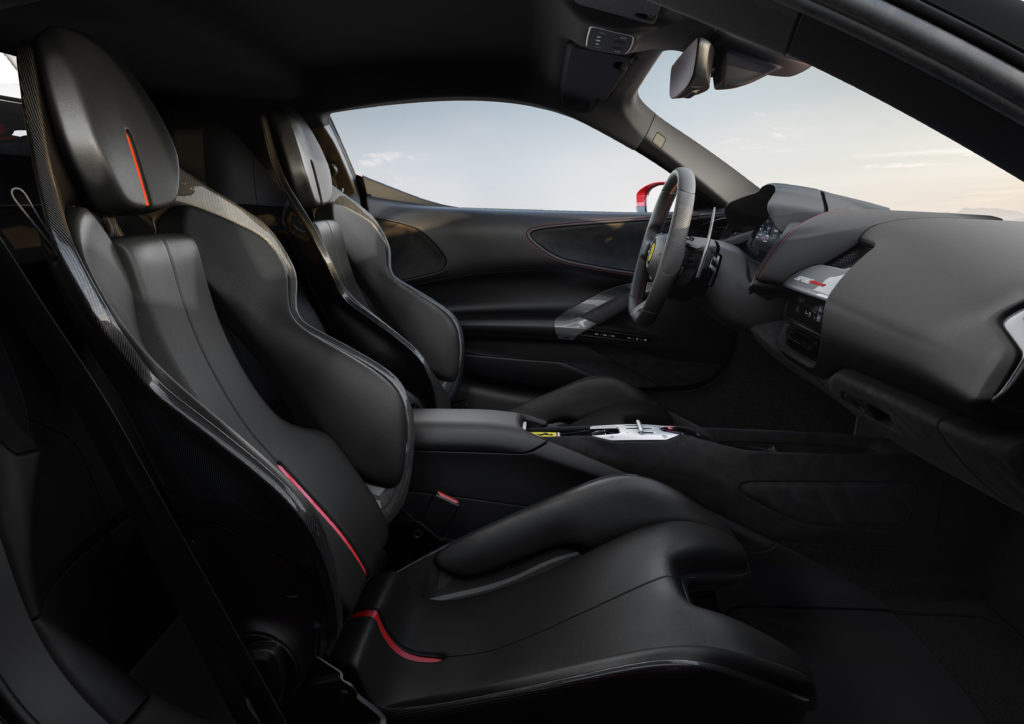 The SF90 Stradale’s design shows a familial link to the brand’s current F8 Tributo model, and it doesn’t take much squinting to see that Ferrari is channeling its late-1960s sports racer glory in both the SF90 Stradale and 296 GTB designs.

If you don’t get your hands on an SF90 Stradale, maybe the 296 GTB could be in the cards for you. We’ll look at that car in a future issue. In the meantime, with their power and performance escalating, you may never think of hybrids the same way again.