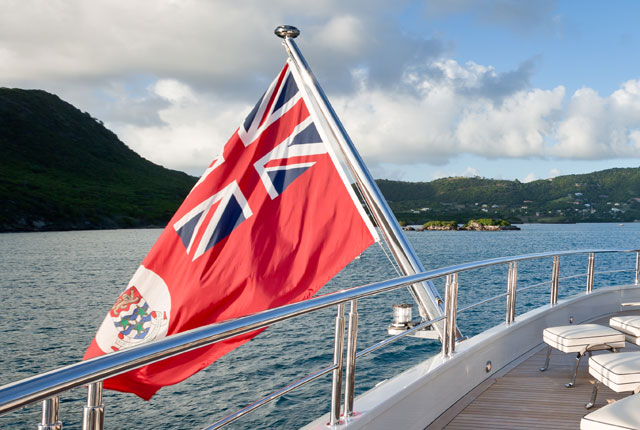 Florida Congresswoman, Lois Frankel, has introduced a bipartisan bill to Congress that could change current federal laws which restrict foreign-flagged yacht sales to U.S. citizens while in U.S. waters. The bill, known as H.R.4065, is co-sponsored by a Florida Republican, Ted Yoho.

Under the current law, which has remained unchanged for over 100 years, an “import duty” is due when any foreign-flagged vessel enters U.S. waters for the purpose of sale.

The duty is assessed based on the appraised value of the vessel, and must be paid upon arrival — before the yacht is sold. According to Frankel, and many in the yacht brokerage industry, this policy of “paying up front,” discourages foreign owners from selling their yachts’ here. Take one look at the number of “not for sale to U.S. residents while in U.S. waters” disclaimers in any yacht brokerage listings, and you can see she is right.

The same cannot be said of Europe. In the reverse situation, if an American-flagged yacht is sold to a European citizen, the “import duty” is only due upon closing. And, unlike current U.S. policy, it is based on the actual selling price, and not the assessed value of the yacht.

The new Bill would bring American policy in line with that of the European Union.

Ms. Frankel first introduced her plans to sponsor the Bill during a press conference hosted by the Florida Yacht Brokers Association (FYBA) at the recent Ft. Lauderdale Boat Show. After the press conference, in a statement posted to her Facebook page, Congresswoman Frankel said, “My solution would immediately bring an economic impact of $2.4 billion to South Florida. Thanks, Florida Yacht Brokers Association for your support!”

In a statement released to the press, FYBA’s Executive Director, Cindy Sailor, added, “FYBA for several years has led the push to remove this restriction, which would create jobs, stimulate the economy, and increase tax revenues at both the federal and state level…”

FYBA estimates that there are about “300 to 400 brokerage yachts on the market, valued at over $2 billion” that are impacted by the current U.S. policy.