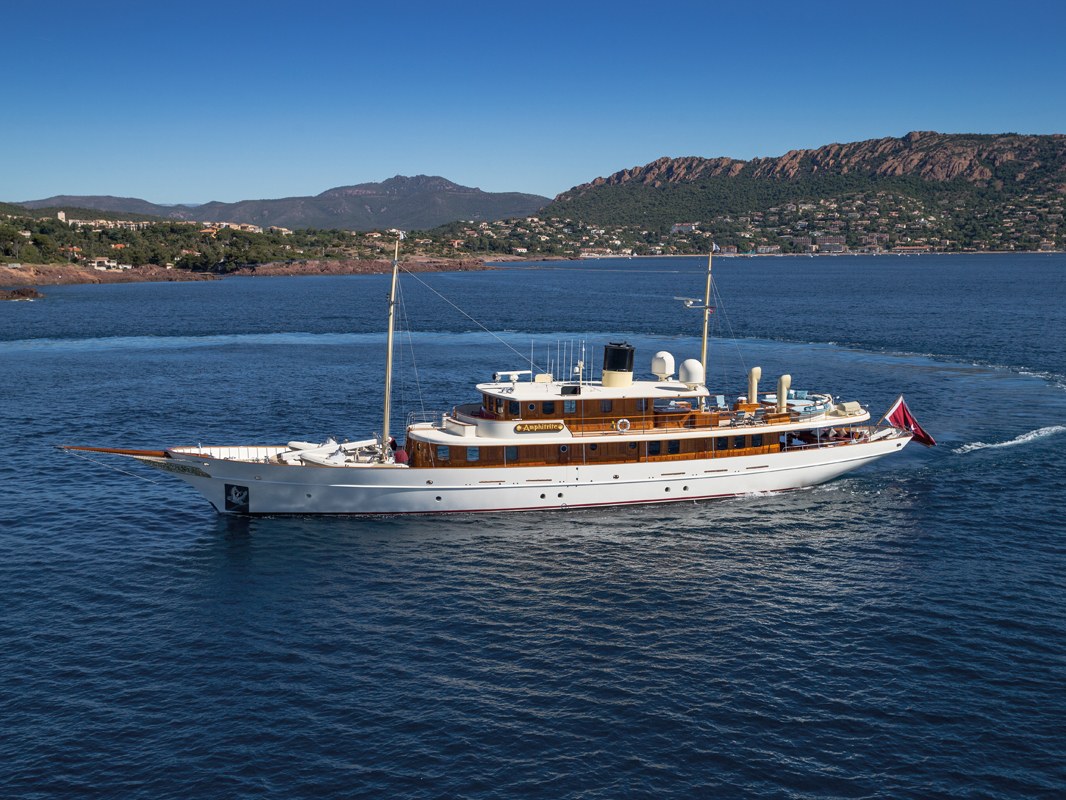 According to The Telegraph, Harry Potter author JK Rowling, is selling her luxury motor yacht that she has owned for less than a year. The world-renowned author purchased the superyacht, named the Amphitrite, eight months ago for a reported $29 million, and she is selling it at a loss. The Amphitrite is listed for $20 million.

While the amazing luxury yacht bears very little resemblance to the fantastical pirate ship sailed by the Durmstrang students to Hogwarts to compete in the Tri-Wizard Cup, she was once owned by another famous pirate – Johnny Depp.

Depp had named the yacht, twice. He had originally called her the “Vajoliroja,” an anagram of the names of his then wife, Vanessa Paradis, his own name and those of his children, Lily Rose and Jack.

Later, when he married Amber Heard, he changed the name as a nod to her, with the yacht redubbed “Amphitrite,” the Greek goddess of the Seas, the wife of Poseidon. In addition to the name change, Depp had the interior redesigned and updated to the tune of about $5 million.

The 156ft luxury motor yacht was designed to accommodate up to ten people. She sports a plush master bedroom VIP suite, with a king size bed, a formal dining room on the deck, and a cozy salon with ten large windows perfect for watching the sun set over the ocean.

Other Features of this “Magical” Motor Yacht

According to The Telegraph, other spellbinding luxury features of JK Rowling’s yacht include, “a salon which offers two separate seating areas with sofas, end tables and coffee tables port aft and forward, 2 lounge chairs and a glass storage and wine bar cabinet to starboard, a beautiful skylight above, 10 large windows on each side with curtains and shades, carpet and double teak and glass doors to the aft deck.”

The Master Stateroom on the Amphitrite

We may not be able to offer you JK Rowling’s yacht for sale, however we do have several offerings that you may find equaly enchanting such as the Excellence, a 150ft luxury cruiser built in 2010 by Richmond Yachts, or the Maratani X, a 2006 147’ Sensation yacht.

Interestingly enough, Rowling said the reason she purchased the Amphitrite is that she fell in love with the yacht when she chartered her last summer for a family vacation. Chartering a yacht you may be interested in, is a great “try it, before you buy it opportunity.” We have several luxury yachts in our charter fleet that can take you on an adventure to rival the likes of Harry Potter or Capt. Jack Sparrow, that are also for sale!

The Amphitrite and all of Her Water-toys