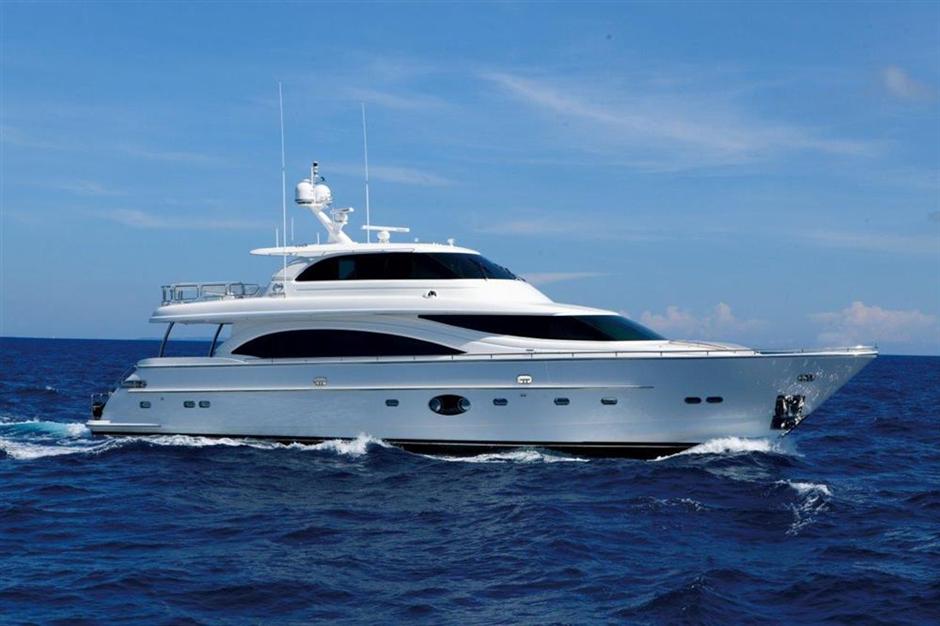 If there is one name that stands apart in the highly competitive Taiwanese shipbuilding industry it is Horizon Yachts. On our recent trip to the shipyards of Kaohsiung, we were impressed with the quality and commitment to excellence by all of the builders we saw there, but if there is one that we had to say “set the standard,” that the rest are trying their best to emulate, it would have to be Horizon.

Horizon was founded in 1987 by CEO John Lu, who has had a love for the sea and all things nautical since the earliest days of his childhood. Prior to establishing Horizon he built a career as one of the most sought-after naval architects in Kaohsiung.

There was a time, soon after Lu started Horizon, that the Taiwanese shipbuilders were hit with an unprecedented recession. Lu, a “think out-of-the box” innovator, shifted his business model to go after new markets in Europe, Asia and Australia, with an emphasis on style, quality control, and state-of-the-art design and manufacturing techniques.

As the saying goes, “a rising tide carries all boats,” and many believe that Lu single- handedly raised the bar for the entire Taiwanese motor yacht building industry, setting a new standard and opening new markets that have been the cornerstone of the industry ever since.

All of this can be seen in their recent launch of an all-new customized E88 skylounge superyacht, destined for a US Owner.

The E88 is run with twin CAT C32 1900HP engines, and is equipped with zero speed stabilizers, bow and stern thrusters, an Octoplex monitoring system, as well as a Jacuzzi on the flybridge.

Its interior design is a sight to be seen, with the rich tones of South American Walnut, blending exquisitely with neutral soft sand-beiges and pops of deep turquoise, orange, and just the right touches of fiery coral reds. There is a spacious salon that can host up to 11, and a fully-equipped modern galley. Below deck, you can find four luxurious staterooms, including a full-beam King Master Cabin amidships, a Queen VIP cabin forward, and two nicely appointed bunk cabins to port and starboard.

What’s on the Horizon?

Horizon Yachts has been named “Best Asian Motor Yacht Builder” for 10 years straight, and is the jewel in the crown of the Taiwanese shipyards for many reasons. On our recent trip there, we walked away believing they are “capable of building just about anything.” They have resources and relationships with local maritime universities that give them R&D and research capabilities unsurpassed by any other shipbuilder on the island.

Plus, we saw a well-managed workforce of over 1000 employees, with state-of-the art testing and monitoring capabilities that allowed expert supervision during each and every step of the building process.

Horizon emphasizes consistency of quality across every boat they build and has established patented processes to ensure every client receives the boat of his or her dreams.