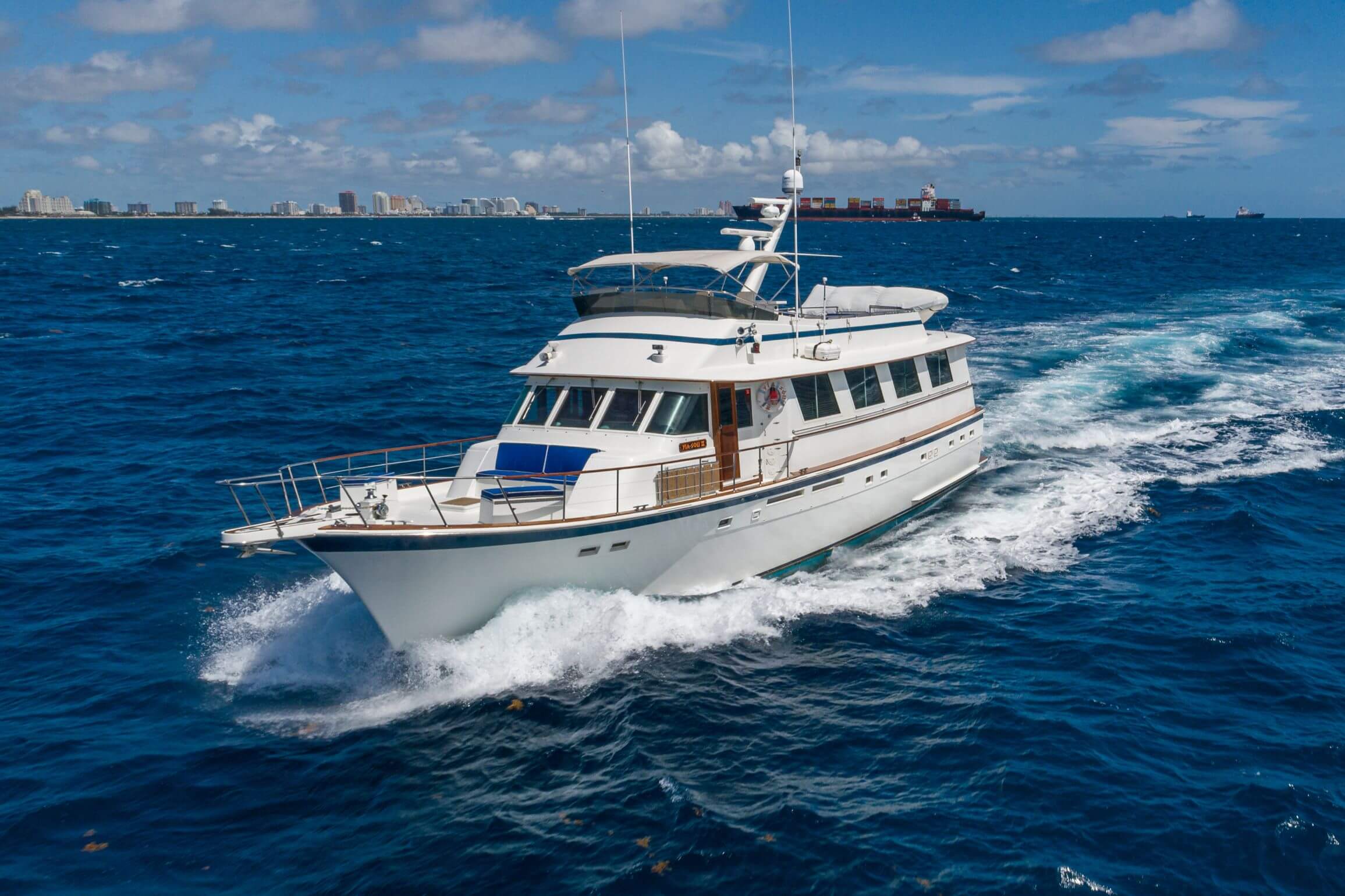 In the 2008 film “The Curious Case of Benjamin Button”, the title character, played by Brad Pitt, ages in reverse. This Academy Award-winning movie never REALLY hit home for us…that is, at least until we boarded our latest listing: the 1991 72′ Hatteras “Yia Sou II”. This exceptionally well-built motor yacht has managed to “turn back the clock” in dramatic, almost Hollywood-like fashion.

How so, exactly? Well, first off, Yia Sou II’s Detroit Diesel 12V92 engines were completely overhauled in 2011. Since then, she’s been equipped with NEW Garmin electronics, underwater lights, synthetic teak, and a bow thruster. Her hull & superstructure were painted in just the last few years. All of her heads were totally re-done in 2017.

Yiasou II’s owner has also added a Day Head to the main salon, and re-configured the aft deck to allow for easy access to the water. And if the yacht’s current 3-stateroom set-up is an issue, you should know that her two crew cabins can be converted with relative ease.

“Benjamin Buttons” grossed $334 million at the worldwide box office. The yachting equivalent of this film is asking just $495,000. You do the math. And if you think Yia Sou II might be for you, call us any time to arrange a viewing in Fort Lauderdale.