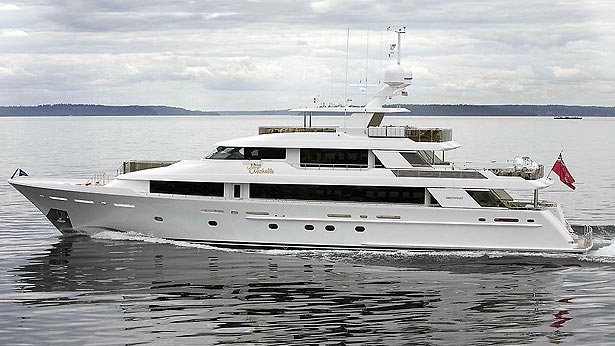 US-based megayacht builder Westport recently announced a change in ownership that includes members of the Chouest family from Louisiana. The share was acquired from majority shareholder and Bayliner Boat-founder Orin Edson who invested in Westport in 1997.

Celebrating its 50-year anniversary this year, Westport is one of the largest yacht builders in North America with three locations in Washington State (Westport, Hoquiam and Port Angeles) and a marina and sales office in Fort Lauderdale, Fla. They employ more than 400 and have completed more than 120 yachts since 2000.

Known for quality semi-custom, composite builds that deliver exceptional speed, range and handling, Westport has remained on the 26 North Yachts Top 10 Manufacturers List. We’ll be watching closely in hopes that the investment will invigorate Westport with new designs, innovations and builds from its in-house design and development team. So far it seems the current team will stay in place, including Daryl Wakefield as president and Dave Hagiwara as general manager.

Gary Chouest, whose family has substantial holdings in the oil and gas marine transportation industry worldwide, counts himself as a proud owner of a Westport. The Edison Chouest Offshore group has shipyards in the US and in Brazil that build boats for offshore gas and oil interests. The family also owns American Custom Yachts out of Stuart, Fla., a custom sportfish builder.

“Gary has always been passionate about our industry, and we are honored to count him as a customer, and now our majority owner, as well,” said Wakefield.

“Similar to the history of the Chouest family business, Westport began five decades ago with a fishing fleet and has diversified into many other core businesses, focusing on customer satisfaction and the pursuit of excellence,” said Gary Chouest.

Westport Yachts has pioneered advances in composite construction contributing to builds that are lighter in weight, faster and more fuel-efficient than counterparts in steel or aluminum. They have been persistent in their pursuit for overall vessel comfort, ensuring a quiet and smooth ride free from excessive vibration. They have also achieved excellent structural integrity in their builds which helps reduce potential corrosion in their vessels. Westport pricing is extremely competitive thanks to standardized builds. However, Westport offers a great degree of customization and the finer touches of teak, cherry, marble and granite materials.

Customer demand has been driving a consideration to go bigger—up to 30 feet longer. Stay tuned for further developments!