Blog | Rough Waters? What do Recent Shipyard Sales and Construction Holds Say About the Industry? 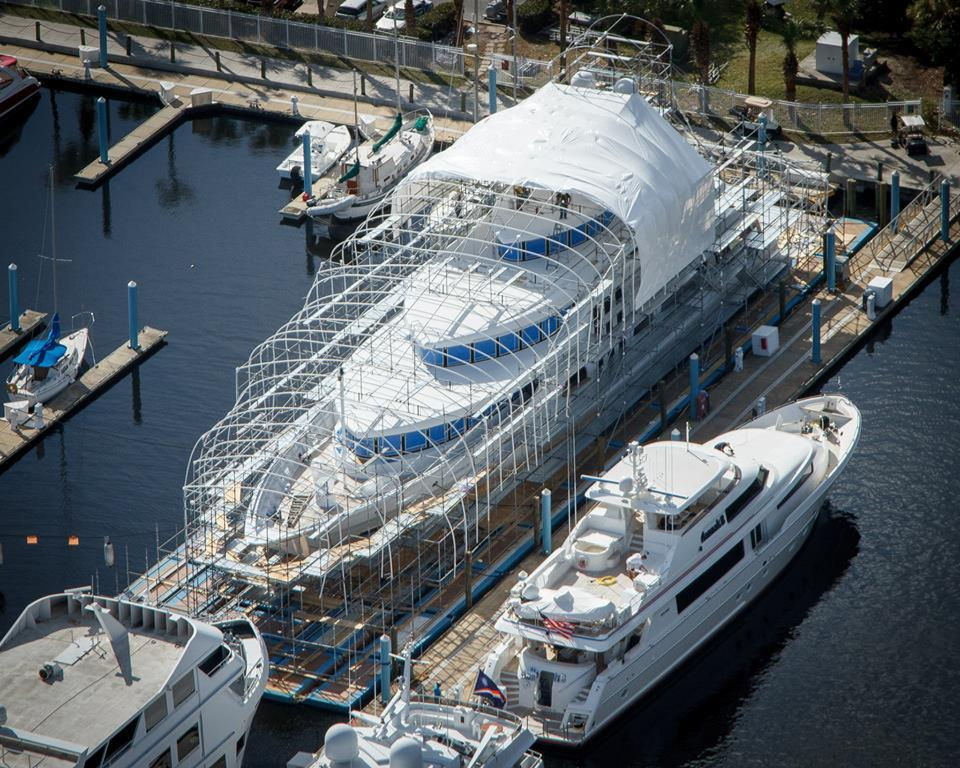 Rough Waters? What do Recent Shipyard Sales and Construction Holds Say About the Industry?

In the last few weeks we have seen the sale of two major North American shipyards, and the acquisition of the largest yacht repair facility here in Ft. Lauderdale.

Vancouver based shipyard Christensen has been acquired by Tennessee businessman, Henry Luken, Trinity Yachts was acquired by Harvey Gulf International Marine, based in New Orleans, and international asset manager, The Carlyle Group, announced it acquired the Lauderdale Marine Center.

Christensen first indicated financial troubles at the beginning of the year, when it was struggling to pay vendors, and laid off dozens of employees. At that time there was a lot of talk of corporate restructuring, including a takeover by Luken, who already owned 50 percent of the company. On July 2nd it was announced that he was approved to purchase all of the company’s assets. In the announcement Luken said he intends to operate the yard “as usual,” but also anticipates growth, and increasing the workforce, which is currently around 90 employees, to 140 or 150.

Harvey Gulf International Marine, who acquired Trinity Yachts, while primarily a commercial shipbuilder, says they will continue the construction of the superyachts at the yard.  According to Harvey’s CEO, “project T062 a 58.83 meter superyacht, will be completed as contracted” and they are “evaluating whether or not to complete other Trinity projects.

The Lauderdale Marine Center, (LMC) is located in Fort Lauderdale on the New River. The 50-acre facility consists of a boatyard, marina and marine service center. In a statement released to the press, the Carlyle Group said, “In partnership with the outstanding management team and staff at LMC, we will build upon LMC’s success through growth and continued innovation and superb customer service.” Management at LMC spoke favorably about the acquisition.

In addition to these sales, it was also recently reported that Dutch yacht builder Moonen Shipyards needed to put two builds on hold due to the financial troubles of one of its major shareholders. Altos Hornos de Mexico, one of that country’s largest steel plants was financing two yacht projects by Moonen, a 36 meter Martinique and 30 meter Matica, both in the builder’s Caribbean series. Altos attributed pulling its funding to the severe drop in steel prices in Mexico, which fell almost 40% in recent months.

So what does all of this really mean to the yacht building industry? Reports of mergers and acquisitions in any industry usually signal some rough waters ahead. However, as any yacht owner will tell you, rough waters can be navigated, with the right Captain at the helm. That is really the goal of the kind of “corporate restructuring” that is going on with Christenson, Trinity and the Lauderdale Marine Center. Also, when a major investment group such as Carlyle sets its sights on a given industry, that usually means they see growth and smoother sailing ahead.

What’s on the Horizon?

While the Dutch builder Moonen put the construction of two of its motor yachts on hold, and American builders continue to try to bounce back with acquisitions and new investments, Taiwan based Horizon yachts has introduced new summer inventory.

This is just another indicator of how the Taiwanese shipbuilders are coming on strong, and continue to be highly competitive in this current economy, which while rebounding, is leaving American and European builders still struggling. We have seen the quality of these Taiwanese boats continue to improve, and these yards have recently been working with some top designers.

Given the financial implications of these shipyard sales, and the ability of the Asians to build big much more cost effectively than builders in North America and Europe, I would expect the “Made in Taiwan” boats such as Horizon Yachts and Dyna Yachts to continue to take on a leading role in the 70 – 140ft range.