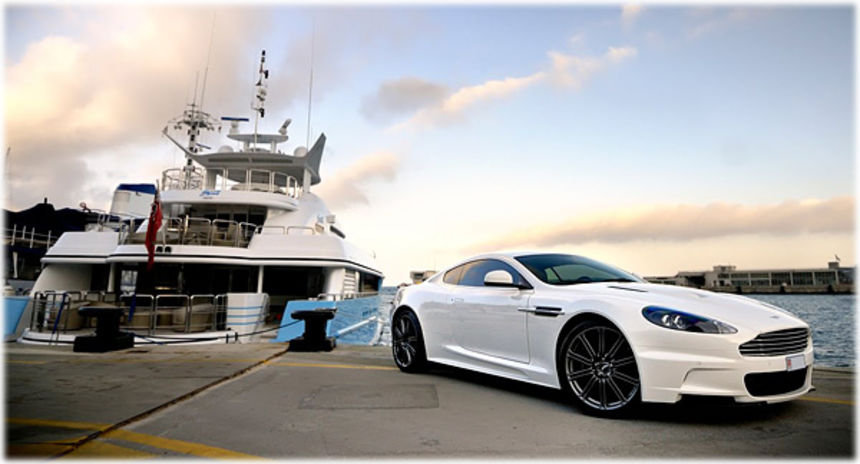 If you had millions of dollars to spend, would you opt for a superyacht, or a super-car? The super-rich in Singapore are increasingly opting for the former!

Over the past few years, Asia has rapidly been becoming a major yachting hub for that part of the world and beyond. Taiwan has been at the forefront of this trend, but more recently, other countries in the region, specifically the countries of Southeast Asia – Malaysia, Thailand, Indonesia, and the Philippines — are all posed to experience major growth in the motor yacht industry.

At the 2015 Asia Pacific Yachting Conference, Mykolas Rambus, CEO of Wealth-X, said, “Southeast Asia is still a new and uncharted market for the yachting industry, presenting huge opportunities as well as complex challenges for companies seeking to grow their business.”

A significant number of the world’s “uber rich,” are relocating to Singapore. However, according to the Economist, for the past several years running, Singapore remains one of the world’s most expensive cities for expatriates to live in. One reason is the price of cars.  Due to a variety of government levies and taxes, the Asian financial powerhouse, has the highest car prices in the world! A simple Toyata Corola with a price tag of $20,000 in the states can cost as much as $80,000 in Singapore, so you could imagine what that means for the luxury and super-cars favored by the ultra-rich. A Ferrari or Lamborghini can cost close to 2 million dollars, or triple what it would cost in the states.

So, instead, Singapore’s ultra-high net worth individuals are opting for luxury motor yachts as the ultimate status symbol. Speaking to Forbes, Edward Tan, the executive director of Hong Seh Company — which distributed Ferrari in Singapore for 25 years and continues to be the official dealer for Maserati here — said that many supercar enthusiasts are “tiring of Singapore’s staggering automobile prices, and are shifting their focus to high-end boating.”

And it is not only about status, because, Tan added, that “Singapore taxes boats at seven percent, which is less tax than you’d pay in Europe, whereas cars here are the most expensive in the world. We’re seeing many sports-car enthusiasts switching to boating, as the asset is actually theirs — as opposed to cars, which you effectively lease for 10 years from the government.” Tan is referring to Singapore’s Certificate of Entitlement (COE) system, which requires car owners to actively bid for the purchase of a limited number of certificates or licenses issued by the government which allow the purchase and “ownership” of a car. The certificates can run anywhere from $50,000 to $100,000, (that is before the purchase price of the car). Once obtained the certificate licenses the ownership of an automobile for a 10-year period, following which the car must either be scrapped, exported, or another costly COE purchased.

Boats and yachts, however, are not subject to these limitations or levies in Singapore, and are priced comparably to those in Europe or the U.S. Tan and others who have been watching the Asian yacht market and particularly Singapore, believe that those with millions of dollars in discretionary income say, “why spend it on car, that I do not even own, when I can get a luxury yacht, with all the fun, status, and amenities of same?”

What Is Driving the Expansion of the Asian Yachting Market?

It is not only the disparity between car and yacht ownership that is driving an increase in yacht sales in Singapore and throughout Southeast Asia. The Asian economy is on the rise, and that is contributing greatly to the boon in the Asian yacht industry.

While shipyards in the states continue to flounder, and are seeing a significant number of closings and acquisitions, their Asian counterparts thrive simply because their costs of operation are so much lower. But, the industry is being driven by more than just the economy. There is a change of attitude toward boating in the region that is picking up steam.

We see people beginning to move away from the purchase of smaller boats and lower quality production yachts, and becoming more interested in custom built and higher quality luxury yachts. There is a growing understanding of pleasure yachting in the area.

While much of that change in perspective is being driven by emerging wealth in China, it also has much to do with what the region has to offer as a yachting destination.

Southeast Asia abounds with islands known for their exotic beauty, which are also a source for some of the best SCUBA diving and sport fishing in the world. That is creating major opportunities for charter yacht businesses. A recent report by the World Travel and Tourism Council said that Southeast Asia is expected to be the fastest growing global sub-region over the next decade.

All of this means we should expect to see record breaking crowds at the Singapore Yacht Show, which begins this week!

Taiwan Continues to Set the Example

Last year at the Sydney International Boat Show, which is one of the premier yachting events for the Asian market, leading Taiwanese yacht builder, Horizon, debuted its E75 Motoryacht, and showcased their recently introduced, E84 and their first sports yacht, the E56XO.

This is just another indication of how the Taiwanese shipbuilders are carving out new markets, and becoming more competitive. On a recent trip to the region, we have seen firsthand how the quality of these Taiwanese boats continues to not only improve, but evolve to meet the needs and desires of today’s yacht buyers.

Moving ahead, I anticipate Asian yachts, such as those currently being built by Horizon Yachts, Dyna Yachts and President Yachts, to continue to take on a leading role in the 70 – 140ft range.

It’s not always easy to stay on top of what’s new in motor yachts. If you would like to benefit from our expertise in these areas, or if you have any questions or comments about this blog post, do not hesitate to contact our Sales Specialists, or call us at 954-900-9988