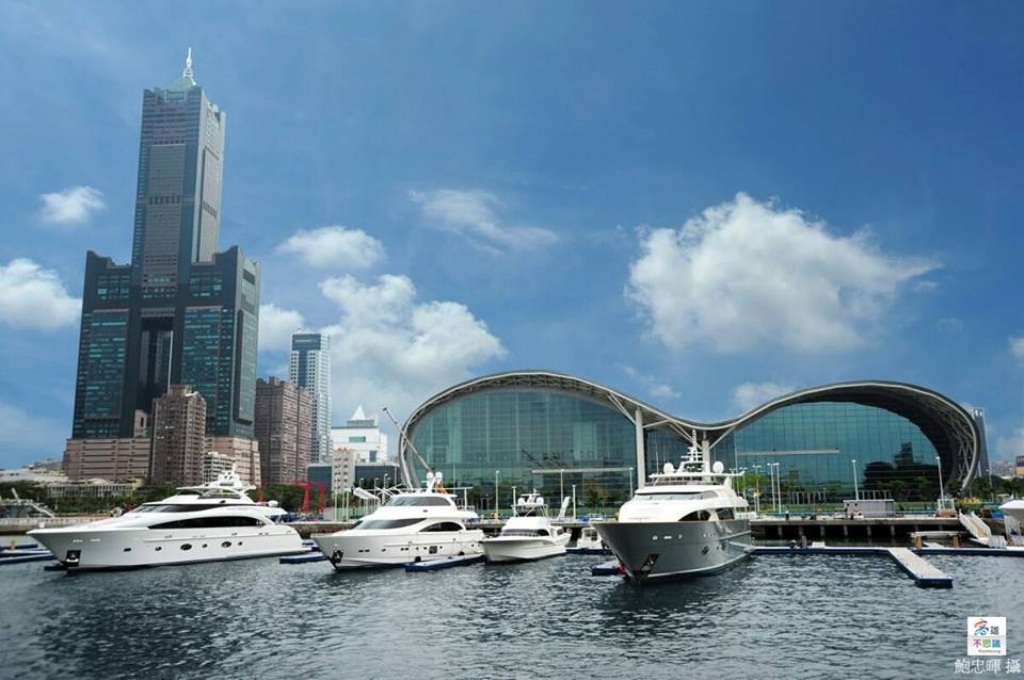 We recently visited the shipyards of the major players in Taiwan’s growing luxury motor yacht building industry. Like the country itself, we found the yards to be steeped in tradition, and loaded with contrasts.

Taiwan has a rich maritime heritage stretching back to the earliest days of the Chinese Dynasties. Today it is the 7th leading shipbuilding nation in the world, with over 120 ship building companies that boast an annual production value estimated at over $2 billion US. The industry employs close to 20,000 people in the yards and related businesses.

While the industry builds boats of all shapes and sizes, Taiwan has become known as the “yacht kingdom,” and is now one of the major builders of motor yachts in the world. Once primarily known for building “white label” boats for American and other brands, the Taiwanese yacht builders have made major headway in establishing some of their own brands such as Horizon, Dyna and New Ocean. In fact, many sports stars and celebrities the world over, now proudly own “MIT” (Made in Taiwan) Yachts.

According to ShowBoats International magazine, Taiwan now ranks 7th in “total footage” of yachts being built, behind Italy, the US, the Netherlands, Germany, the UK and Turkey, in that order.

Size and Quality to Fit Every Need and Expectation

Taiwan first entered the yacht building industry in the mid-70s, with boats in the 40 – 50ft range. Today, they are well-established in the mega-yacht category of 80 – 120ft. After a recession hit the industry in the late 80s and into the 90s, it experienced a renaissance led largely by John Lu and the Horizon Group. Lu re-focused the entire industry on providing the high-end luxury crafts with the style and customization expected by European and North American buyers. It proved to be the right decision, as now all of the yacht builders of Kaohsiung and Tainan Cities are very competitive on the world stage.

The Yacht builders in Kaohsiung and Tainan make up close to 80% of Taiwan’s total yacht manufacturing industry. These include Horizon, President Yachts, Dyna Yachts and New Ocean. Horizon is by far the leader, and is the only Asian yacht builder ranked among the top 10 mega-yacht builders in the world.

Horizon has just announced the launch of an all-new customized E88 skylounge superyacht, destined for a US Owner. This comes on the heels of a groundbreaking Horizon E78 yacht — boasting a never-before-seen hydraulic Hi-Lo hardtop and folding radar mast — that was delivered for sale in the US in May.

On our recent tour of these yards, we found the industry to be as always, with one foot firmly anchored in the rich maritime traditions of the past, leveraging the state-of-the-art technologies of the present, and looking towards the future.

Right now, all of the Taiwanese yacht builders are focusing their efforts on customization and building to order. They are proud to be working with some of the best known designers and naval architects in the world.

As far as the builders themselves, we found them all to be firmly committed to educating their workforce and upgrading their facilities and technologies. They are also becoming savvier with branding, and modern marketing techniques.

Once thought of as cheap or inferior in quality, “Made in Taiwan” yachts are now receiving the respect and honor so deserved by these builders who are carrying on a centuries old tradition of maritime excellence.