Blog | Viking Yachts Has a Strong Showing at FLIBS 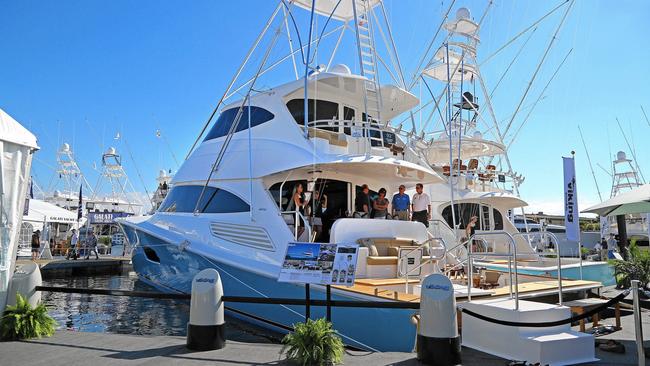 Viking Yachts Has a Strong Showing at FLIBS

By all accounts, the 57th Fort Lauderdale International Boat Show (FLIBS) was a resounding success for exhibitors, attendees, and as usual – the local economy.

According to industry magazine, Trade Only Today, one luxury yacht maker, Viking Yachts, had a particularly strong showing at FLIBS 2016. In a statement to the press, Pat Healey, President of Viking, said the builder sold 14 boats during the 2016 Fort Lauderdale International Boat Show and the week immediately following, referring to the period as the yacht builder’s “hottest Fort Lauderdale since 2006.”

A Viking 92 on Display at FLIBS

According to a company press release describing their success at FLIBS, the hottest selling model “was the 80 Convertible with four confirmed sales. The 14 boat tally included both show models and stock boats reducing dealer inventory to six boats throughout Viking’s domestic and international networks.”

The release went on to say that on the heels of their great showing at FLIBS, Viking Yachts will premiere its new 37 Billfish at its February invitational 21st Annual VIP Boat Show Preview at the Viking Yacht Service Center in Riviera Beach, Florida, followed by the yacht’s first public showing at Yachts Miami Beach later that month.

Other Highlights of FLIBS 2016

Every year the show’s organizers want to give exhibiters and attendees a bigger and better experience. There were several improvements this year, including a completely redesigned exhibition space, more upscale food and beverage offerings, an exclusive VIP lounge, and boating and navigation classes presented by Carefree Boat Club.

Besides the Viking exhibit, some of the other interesting yachts on display were: Delta’s Carbon 88, an all carbon fiber motor yacht, of striking futuristic design, Feadship’s 274-Foot Savannah, crown jewel of the superyacht category, which swept this year’s design awards, the impressive debut of the Carver 52, and our own 82 foot Nisi yacht, the Diva, that was designed and custom built, by and for, well-known entrepreneur John Osher.

Our Offerings From Viking Yachts

As luxury motor yacht brokers based in Ft. Lauderdale, we are always pleased when a manufacturer we have come to know and respect such as Viking, does well here. We are always excited to report on their new launches and recent deliveries, as well as to accept offers on some truly impressive Viking Yachts we have in our broker inventory such as Kristina, a 108ft Viking Yacht, built in 2001, or brand new models such as the 2016 Viking 92.

Kristina – A Viking Yacht for Sale