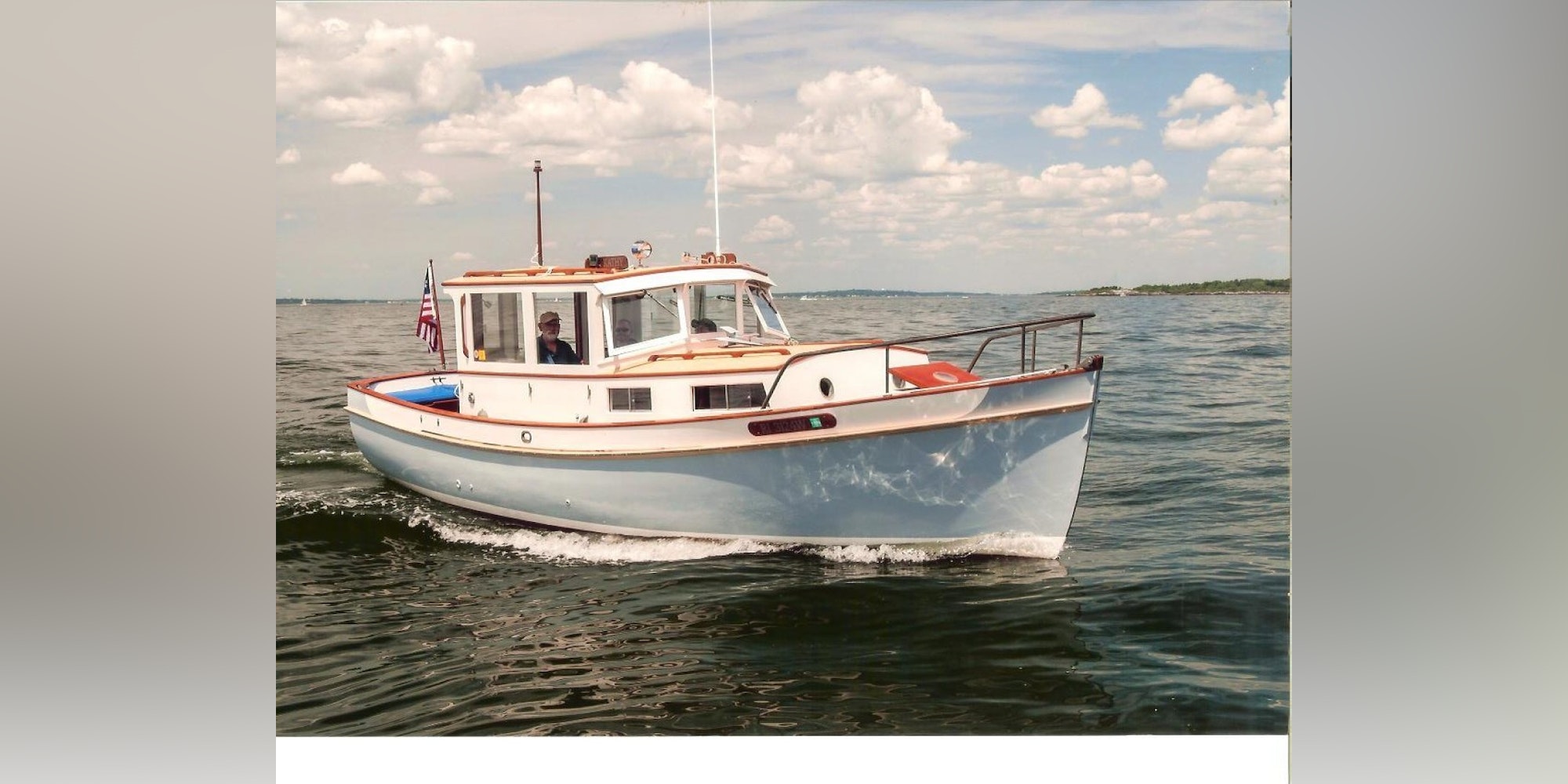 "KATHY" is a John Atkin custom designed, cruising pilot boat for a client from Bar Harbor in 1968 and built by Robert Rich in Bernard, Maine 2 years later.

Designed as "Callisto V. Canelli", but launched as "Helen E" by her first owners, she was powered with a GRAY Four 162, which pushed her along at 9 knots, consuming over 3 gallons an hour.

Subsequently sold in the 1990's to new owners in Rockland Harbor and renamed "Monomoy", she was repowered with a 3 cylinder Volvo diesel, which lowered her performance slightly but allowed her to put-put along with ease.

Sold again in 1999 to new owners in Bucks Harbor, who reverted to her designed name, which pleased John Atkin to no end, and repowered her with the current Westerbeke 38Hp diesel. She was sold one more time in the late 2000's to her current owner, who conducted a thorough and documented restoration between 2010 and 2013. This included the refastening most of the hull with bronze, including the keelson and the replacement of some floor timbers among other items.

Today she is in very good condition and looking for new owners to enjoy and care for her in to the next decades.

"KATHY" is a simple boat to operate, with no complex systems to maintain and the Westerbeke, which allows her to ply easily at 7 knots while burning less than a gallon per hour, ensure she can travel distances exploring the New England coast as she was originally intended to do.

Further details of this fine little yacht may be found here, http://www.atkinboatplans.com/Cruisers/CalistoVCanelli.html

26 North Yachts is pleased to assist you in the purchase of this vessel. This boat is centrally listed by Brewer Yacht Sales. It is offered as a convenience by this broker/dealer to its clients and is not intended to convey direct representation of a particular vessel 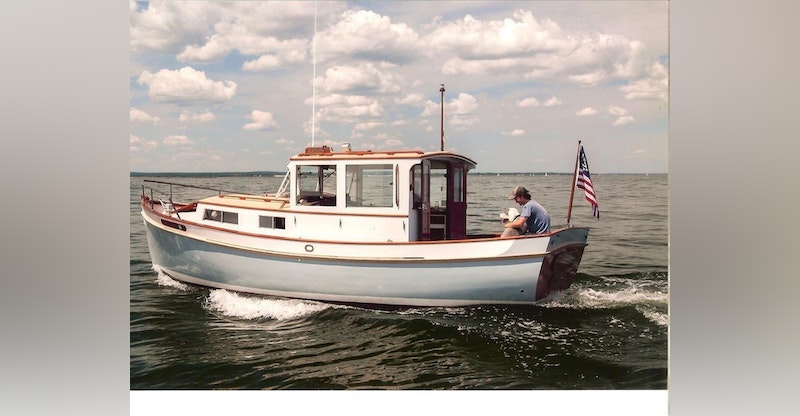 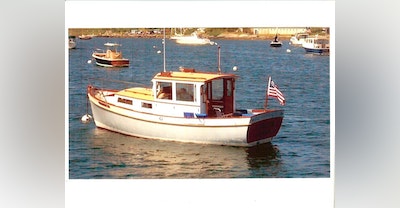 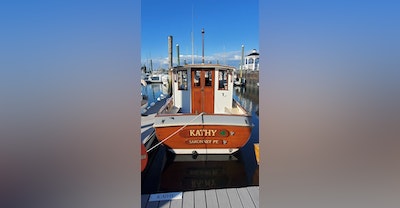 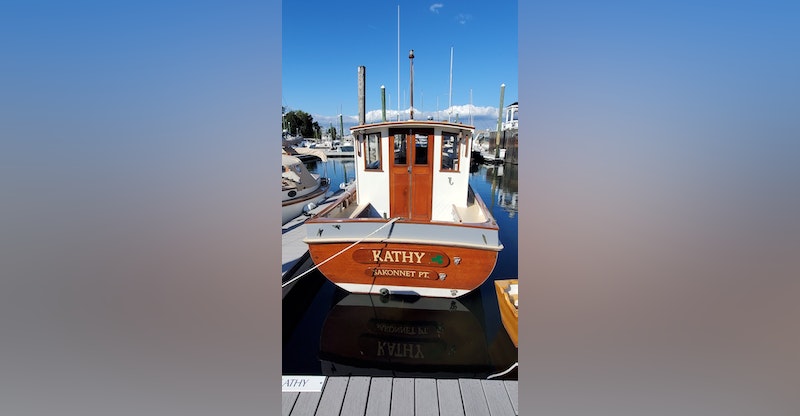 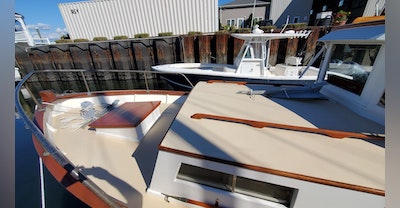 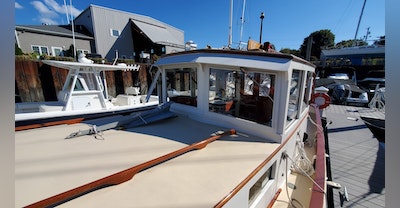 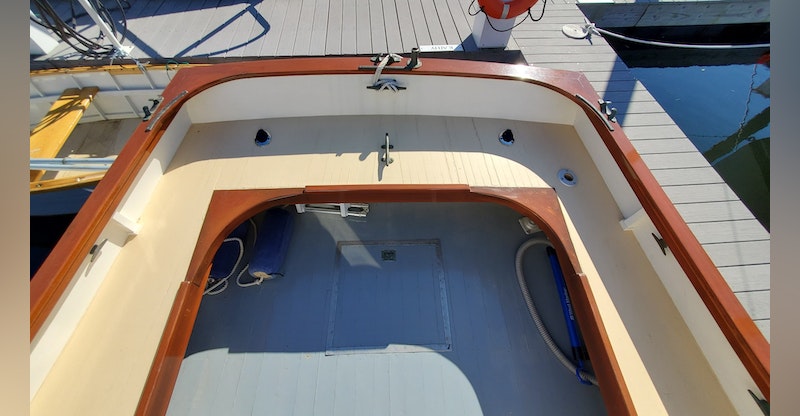 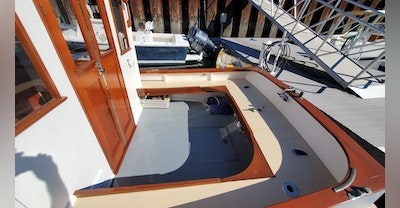 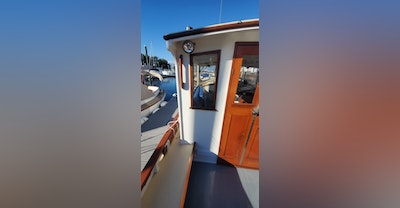 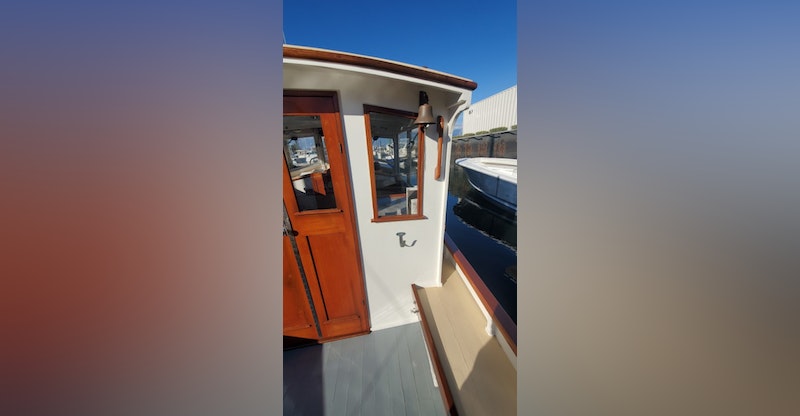 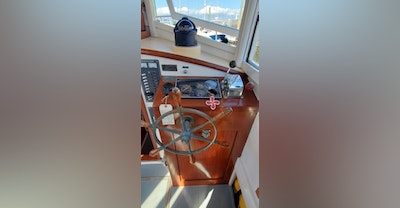 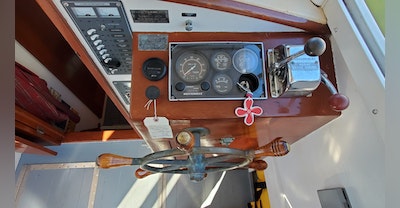 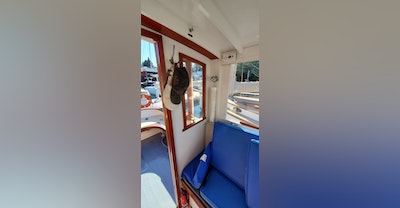 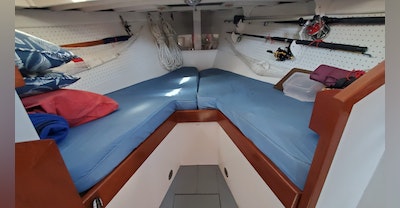 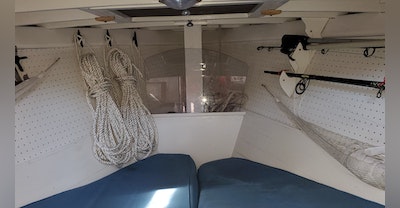 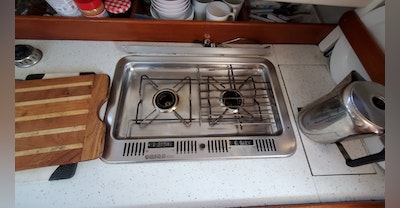 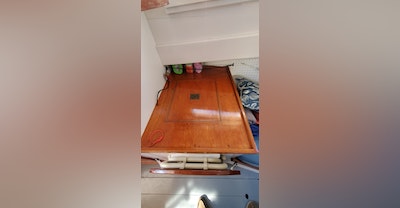 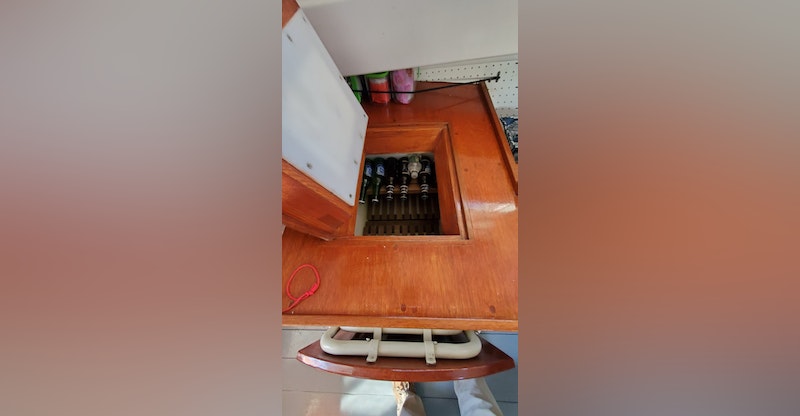 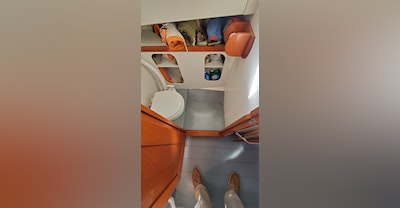 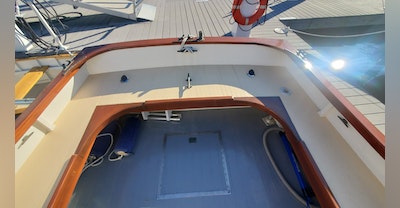 Superstructure is white with varnish trim, while decks are cream.

Interior is white with varnished doors and trim.