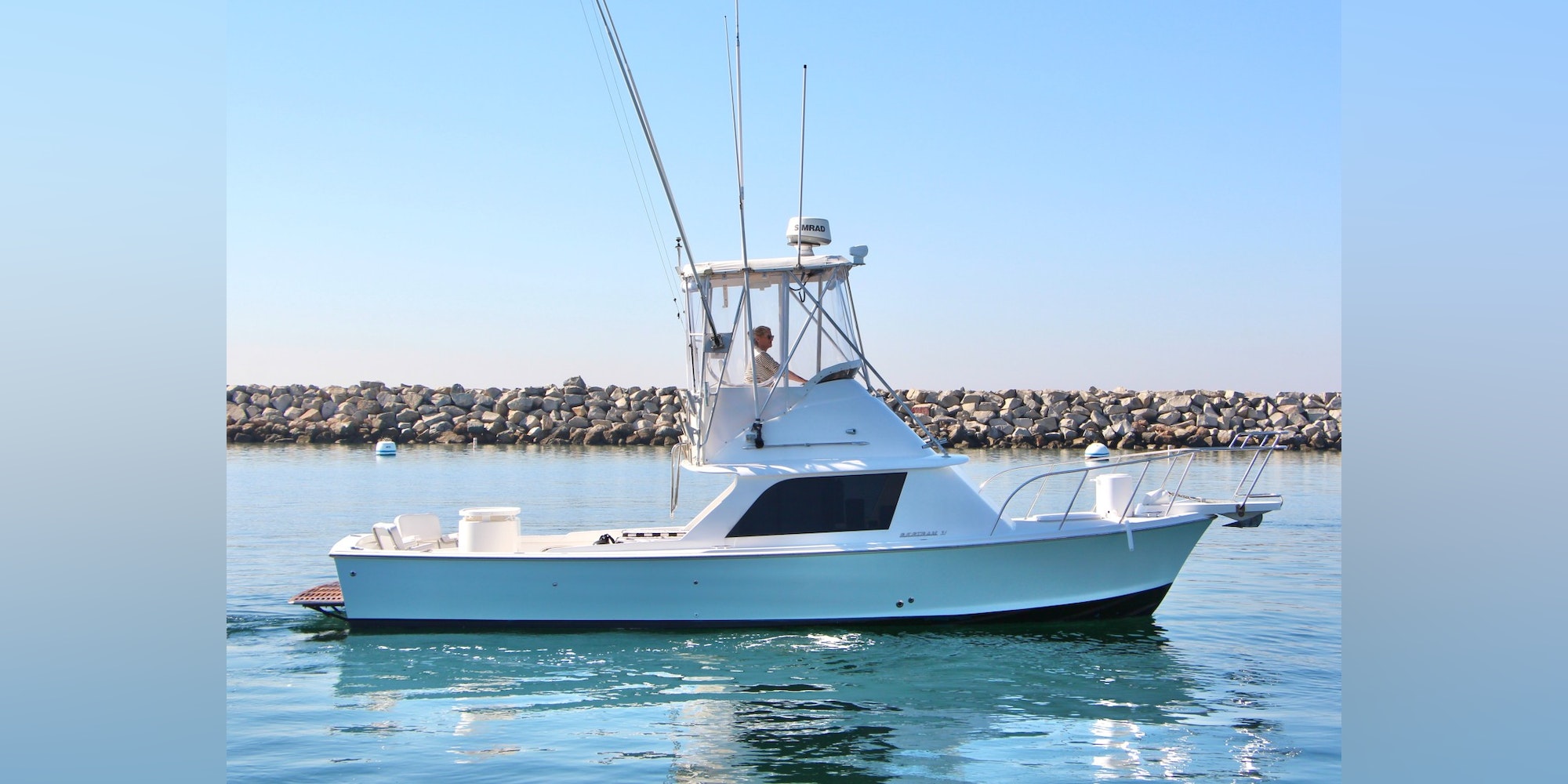 Available for SaleEND OF THE LINE31' 1974 Bertram

This classic 1974 Bertram 31 END OF THE LINE was re-built with 330 hp Cummins 6BT5.9's only 300 hours ago. With a Westerbeke generator, fiberglass windshield, island bait tank, up to date electronics all the heavy lifting has been done. It was this model that launched the Bertram name and company into orbit and made history building nearly 1860 Thirty-Ones from 1961 to 1986. Today the soft ride of the Deep-V C. Raymond Hunt hull design and agility and of an original Bertram 31 are often taken for granted. It's not just about the looks its about the concept much like gravity its a theory but one you can count on when everything else is in question. These fiberglass boats worked so well at sea they have proven their strength time and time again throughout the oceans of the world for the last 60 years! "The sun never sets on the Bertram Empire" was a famous ad campaign that reflected the success of a single design at a time when most boats were built of wood and designed like a shoebox with windows. These boats were put into rigorous service in all types of offshore duty following the initial launch date. The deep-v twentyone degree dead rise design was born and has since been adopted in one form or another in nearly every offshore performer since.

26 North Yachts is pleased to assist you in the purchase of this vessel. This boat is centrally listed by Galati Yacht Sales. It is offered as a convenience by this broker/dealer to its clients and is not intended to convey direct representation of a particular vessel 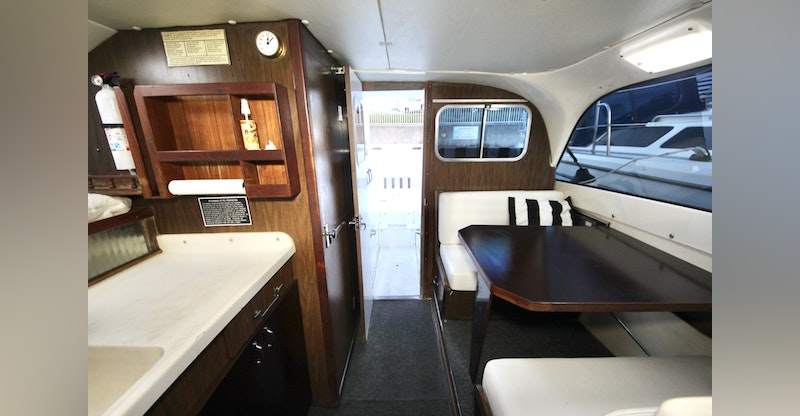 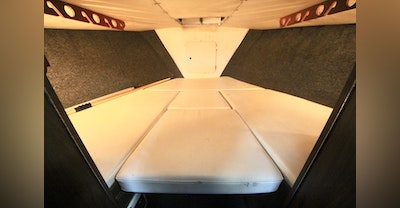 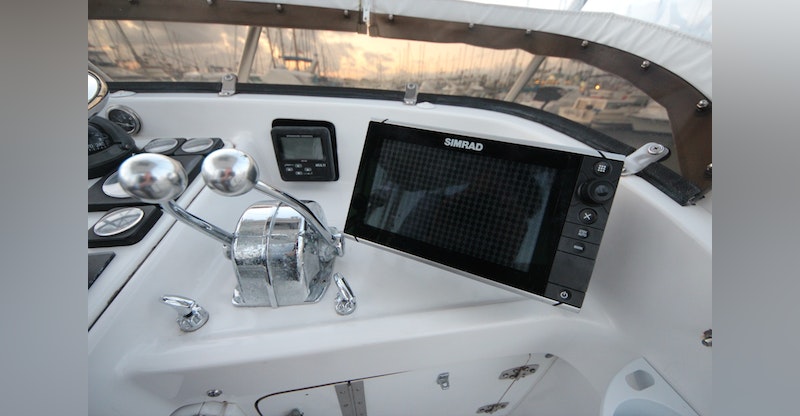 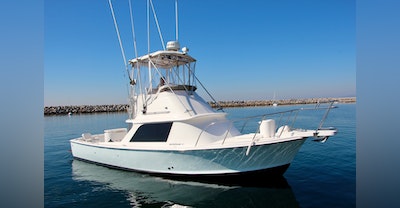 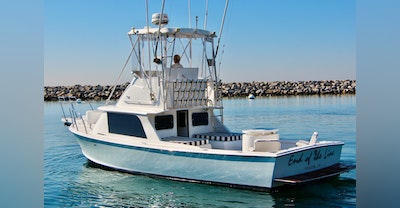 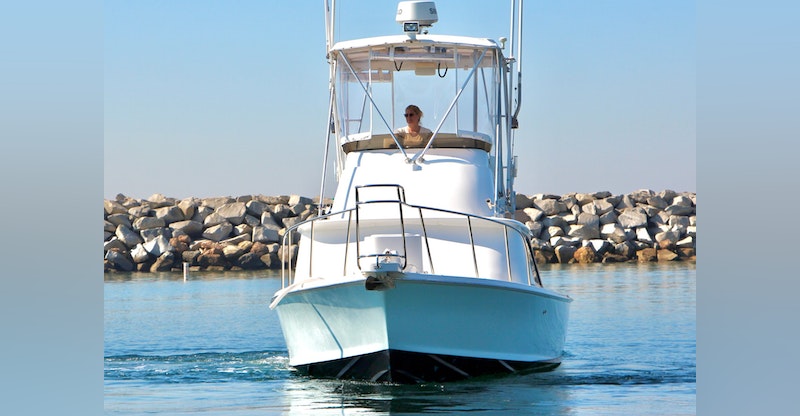 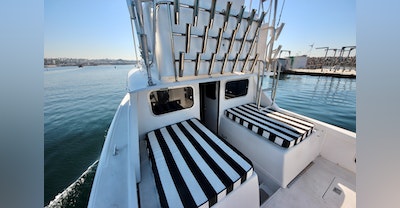 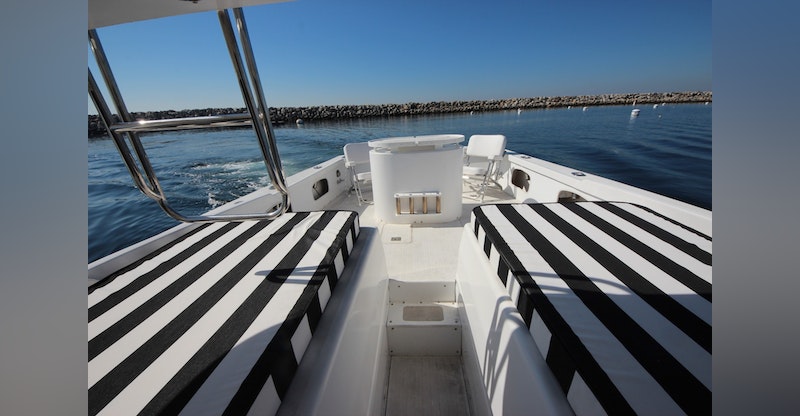 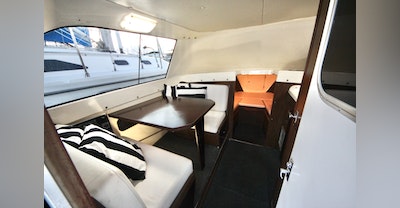 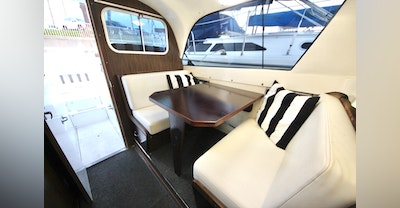 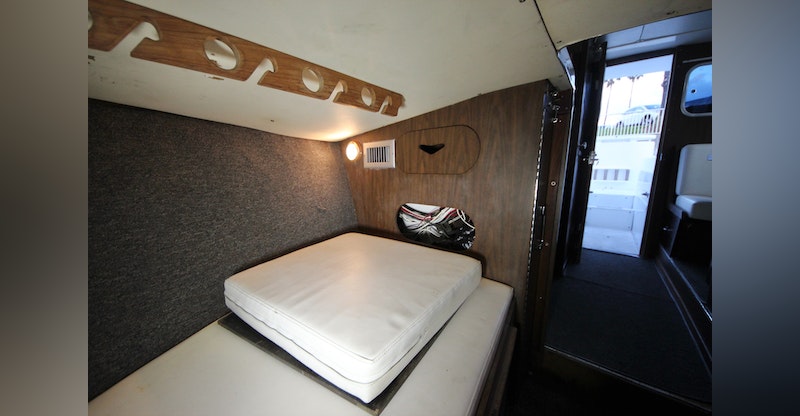 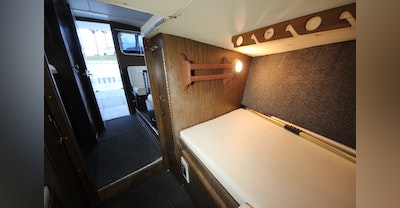 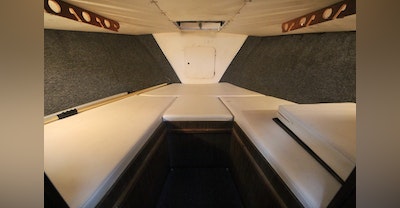 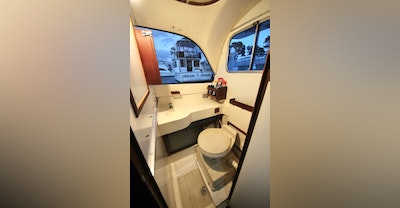 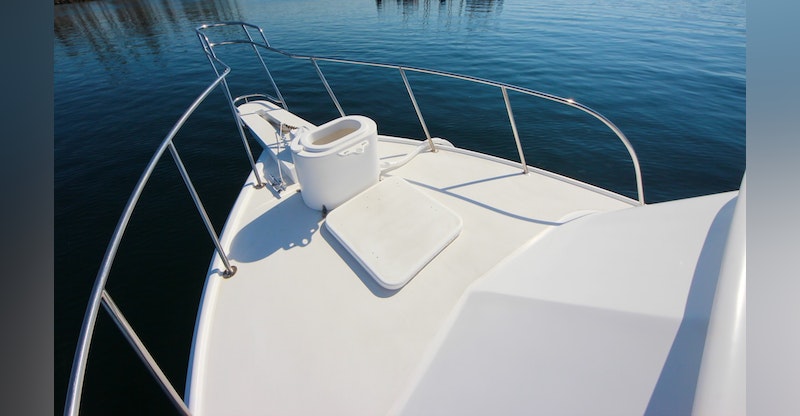 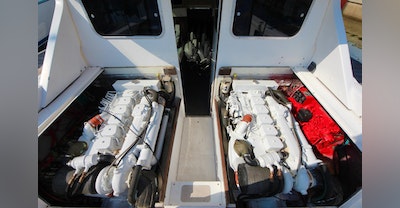 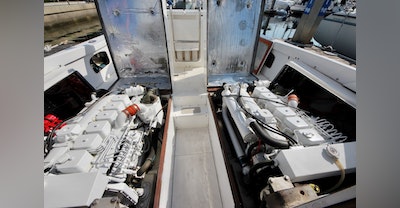 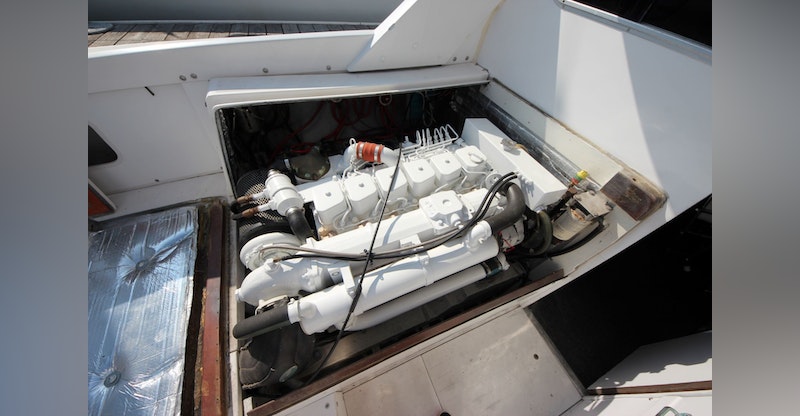 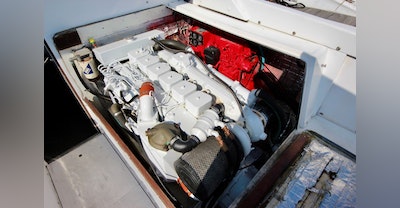 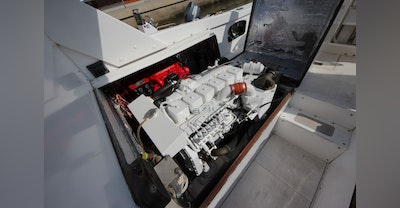 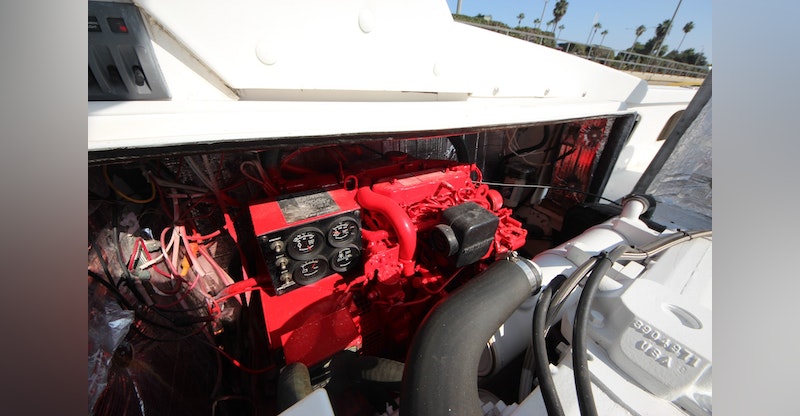 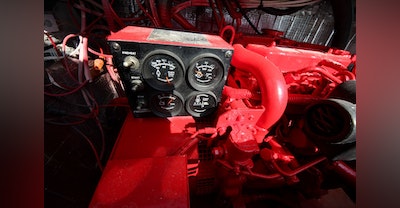 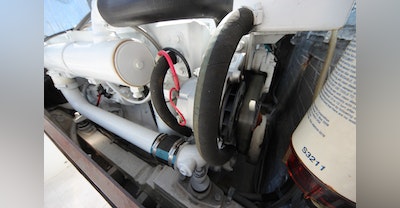 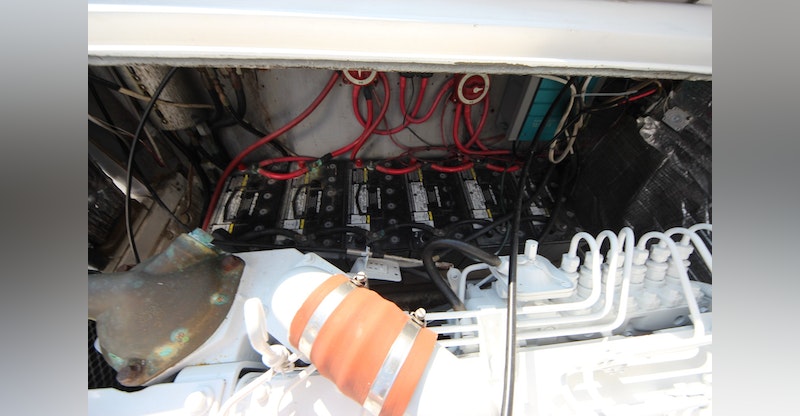 Few, if any, other boats have had such a profound influence on the design of power boats as has the Bertram 31. The first boat design to use a Deep-V hull, it is arguably the most famous modern boat design ever built, the 31 Bertram has achieved a near cult status, infecting boaters around the world. Designed by Ray Hunt and built by Richard Bertram, the 31 was in production for 25 years. Many are still on the water and in use throughout the world. "The 31 has become a benchmark both in terms of sea keeping ability and rugged fiberglass construction. It has had a reputation from the start as a boat that will take you out and bring you back." (Soundings, May 1994). "They went to rogues and royalty, grizzled marlin captains and fair-weather sailors. Many of them are still tearing across the whitecaps..." for customs and border patrol work, search and rescue missions, and, of course, to ferry anglers to offshore fishing grounds. The Bertram 31 launched Bertram Yacht, Inc. when it was introduced at the 1961 New York National Boat Show, essentially as a day boat for Florida sport fishermen. More than three decades later, it is a collectible classic, sought-after, even coveted. According to Soundings, aficionados refer to it as "Bertram Art." The Bertram 31 has aged well, a tribute to its impeccable blood lines and robust construction." Few boats on the water today share the same storied history and devout owner loyalty as the Bertram 31. Over the past several years, these mighty little workhorses have enjoyed a resurgence of interest that borders on cult status. All over the world, eager buyers have been snatching up old 31s and restoring them from the hull up, with modern diesel power, generators, air conditioning and all manner of electronic equipment. Many of these renovations end up costing 10 or 20 times what one of the classic hulls brought when it rolled out of the Bertram plant in the early ‘60s. The appeal of these boats is a powerful one-two punch. First, they were built so solidly and with such a remarkable hull design that they still perform as well as anything ever built in their size class. In addition, they have a proven track record of catching fish: Marlin includes them in its list of the top 10 sportfishing all time. As a bonus, a freshly painted and refurbished 31 looks the part as well, delivering a combination of classic lines and fishing functionality that has never been successfully reproduced in a boat of its size.

As you enter the cabin there is a convertible dinette table to port. On the starboard side you have an enclosed head and moving forward a small galley with sink and refrigerator. Continuing forward is a wardrobe locker's port and starboard which leads to a v-berth forward. There is ample storage underneath bed. The spacious cockpit of the Bertram 31 is free of obstructions, and the cushioned engine boxes make a great place to sit and watch the baits.

Engine and generator hours are as of the date of the original listing and are a representation of what the listing broker is told by the owner and/or actual reading of the engine hour meters. The broker cannot guarantee the true hours. It is the responsibility of the purchaser and/or his agent to verify engine hours, warranties implied or otherwise and major overhauls as well as all other representations noted on the listing brochure.

The company offers the details of this vessel in good faith but cannot guarantee or warrant the accuracy of this information nor warrant the condition of the vessel. A buyer should instruct his agents, or his surveyors, to investigate such details as the buyer desires validated. This vessel is offered subject to prior sale, price change or withdrawal without notice.