Blog | The Benefits of Donating a Yacht: Q&A with Bill Powers 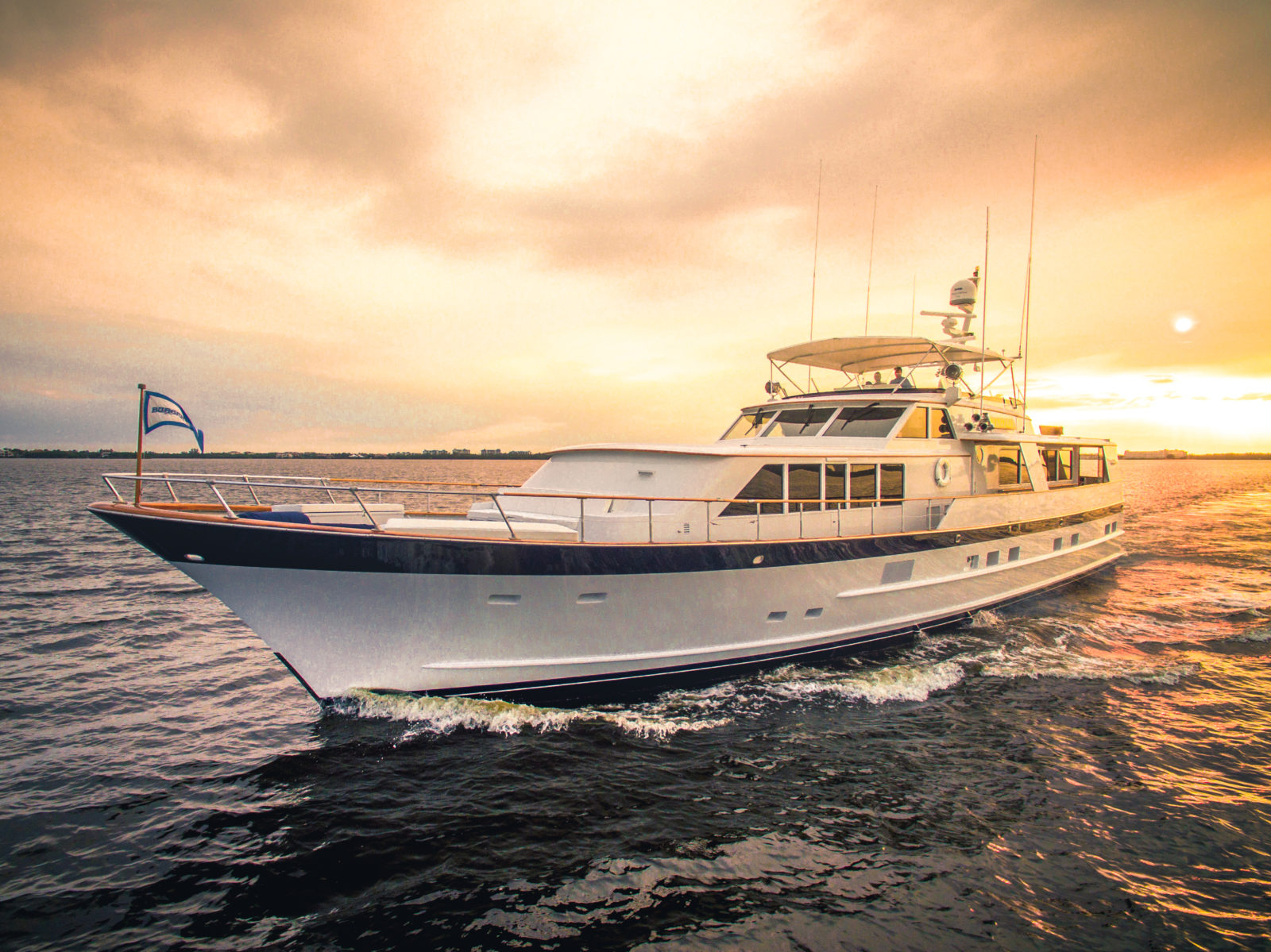 The Benefits of Donating a Yacht: Q&A with Bill Powers

Believe it or not, giving it away can be your best option.

While most conversations about the yacht market are dominated by talk of buying and selling, there is a third option: donating. At first glance, this may not sound attractive to someone who’s spent quite a bit of money on their dream vessel, but as Bill Powers of 26 North Yachts explains, donating your yacht provides dual benefits: a charity gets a valuable fundraising asset, while you get a lucrative tax break and the chance to help a worthy cause.

“Charities with many different causes accept boats. Most of them are here in South Florida and are focused on causes like marine preservation and children’s needs. The key is to find a charity with the infrastructure to properly handle boat donations because it’s an intricately structured process. Some charities will just give you a tax writeoff for a boat’s present market value, but I steer donors to charities that are set up to hold title for a lease-to-own period of three years. During this time, they must make ‘significant capital improvements’ of about 5 to 10% of the boat’s value in order to comply with IRS regulations. This allows the donor to write off the full amount of their appraised value.”

What types of boats will nonprofits accept?

“Every vessel can be a great candidate for donation; however, the ideal donor yacht is something unique that an owner has put money into but is having a hard time selling. In this case, its appraised writeoff value after improvements can end up being a lot higher than what the vessel would fetch in today’s market.”

“The first step is to hire an accredited surveyor to appraise the boat. Then, the owner should connect with someone like me to help them identify charities with a history of successful donations and that have processes in place to handle a boat donation. The last thing you want is to get involved with a disreputable organization. Once we select a charity and all parties agree that the boat is a fit, the charity can execute the paperwork within a week. And then that’s it: no more insurance, dock fees, crew salaries, or other carrying costs. It’s fast and simple, which is why many owners like this option.”

What are the benefits for the donor?

“The main benefit is the tax writeoff, but it’s also a stress-free process. It can take months or even years to sell a yacht, and the owner must pay carrying costs that whole time. Donating a boat can be executed on a specific timeline. For example, I had a client who wanted to donate a yacht by the end of the year but had charters booked through Thanksgiving. It wasn’t an issue, though. After the charter trips, we completed the donation process in about a week. In addition, boats donated to a charity are not subject to a pre-purchase survey, which typically leads to a second round of negotiations in a standard deal.”

Can you buy a boat from a non-profit? What does that process look like?

“Yes, that’s the other side of the equation. Charities that accept a donated boat and make capital improvements are looking to lease because they need that revenue for their mission. Typical yacht leases from a charity are one-third down, one-third paid in installments, and then a final one-third balloon payment, and when you lease from a charity, the buyer essentially gets zero-percent financing. And because the IRS requires the charity to make significant improvements, you get a vessel with fresh investments. The last advantage is that you’re not buying from an owner, so it’s not an emotional transaction. The charity wants to dispose of the asset quickly for a fair price. This translates to an easier negotiation both upfront and after survey.”